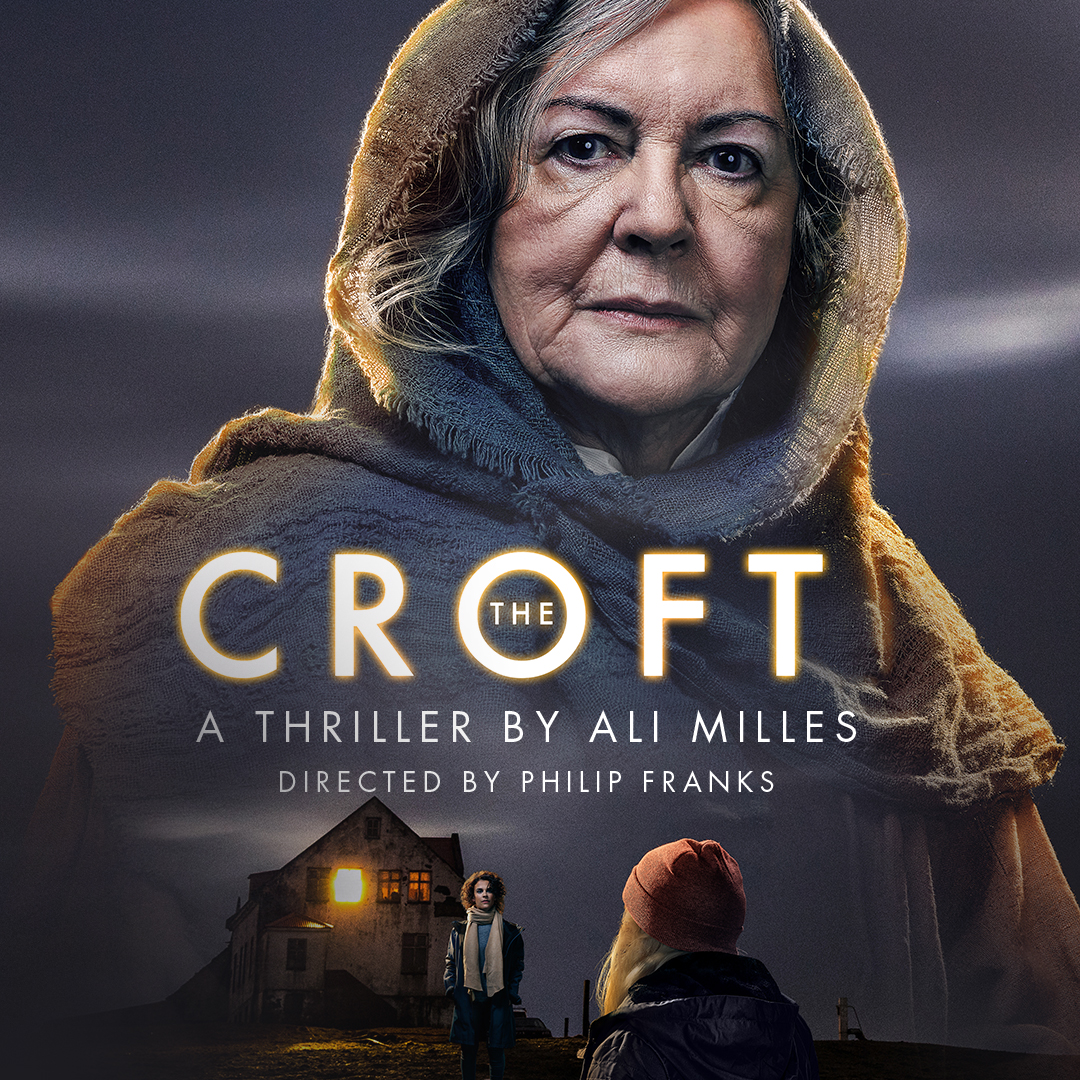 There are no reviews. Be the first to review this show.
Login to post a review

Gwen Taylor stars in a new thriller by Ali Milles. Directed by Philip Franks. Based on a true story. ★★★★★ ‘Thrilling, superb new play… keeps the audience gripped and guessing the truth from start to finish.’ WhatsGoodToDo

Gwen Taylor stars in a new thriller by Ali Milles.

Based on a true story.

The stage production, which was filmed for online before lockdown, is available now for just £10 until 31 December.

In the remote Scottish Highlands two women arrive at a former Crofters Hut in the deserted village of Coillie Ghille. When suddenly the weekend getaway takes an unexpected turn. Cut off from the modern world, Laura and Suzanne find themselves drawn into the dark history of the Croft and the lives that passed before them.

In this bold and haunting new play the present interweaves with the past as ancient tales surface and the terrifying truth lurking In the Croft is revealed.

Directed by award-winning director Philip Franks (The Habit of Art) and produced by The Original Theatre Company (The Habit of Art, The Night Watch, Birdsong), The Croft will be setting pulses racing this Autumn.

Please Note - this is a high quality, three camera recording of our stage production of THE CROFT which was filmed for online days before lockdown.

There are no reviews. Be the first to review this show.
Login to post a review

“Beautifully balanced socially distanced production” The Times Starring Miriam Margolyes and adapted from Louise Coulthard’s award-winning debut play, Watching Rosie is a tender portrayal of experiencing dementia in lockdown and the power of love to overcome it. “Watching Rosie is about as good as lockdown theatre gets.” ★★★★ A Younger Theatre
Read more →